"We do it for all the babies, the fossil fuel industry is doing it for money."
— Pennie Opal Plant, Healing Walk leader 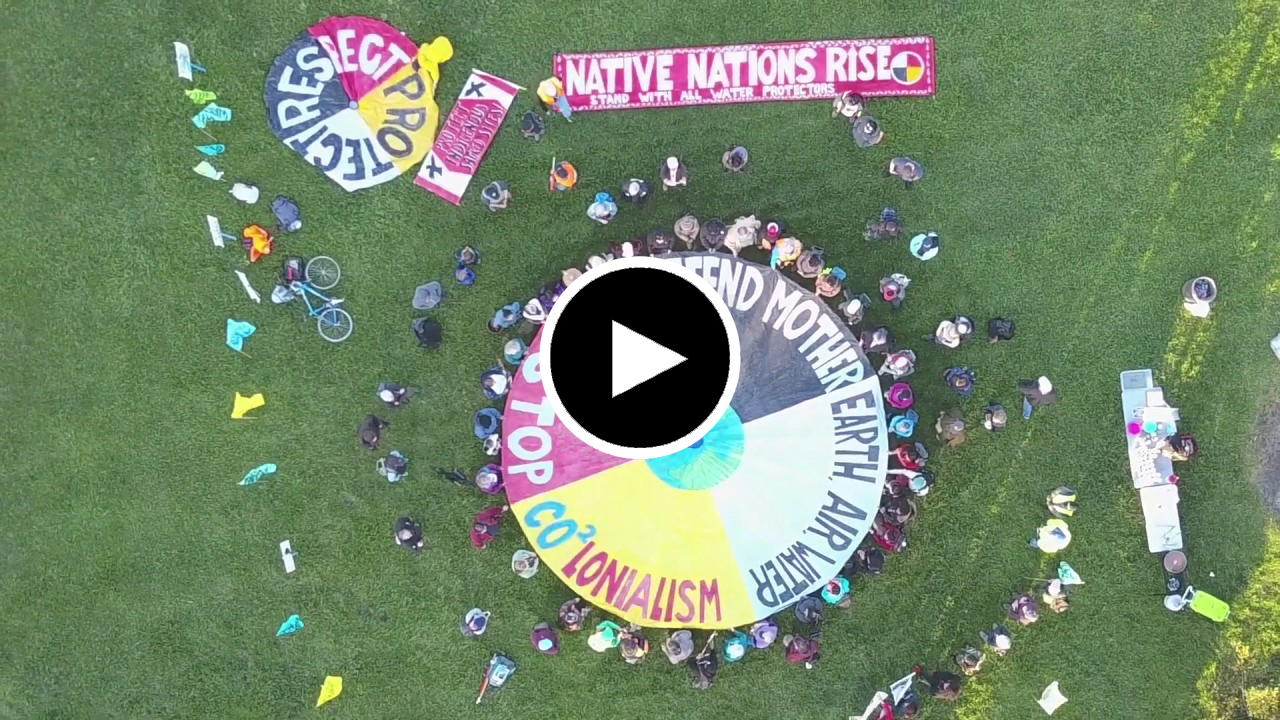 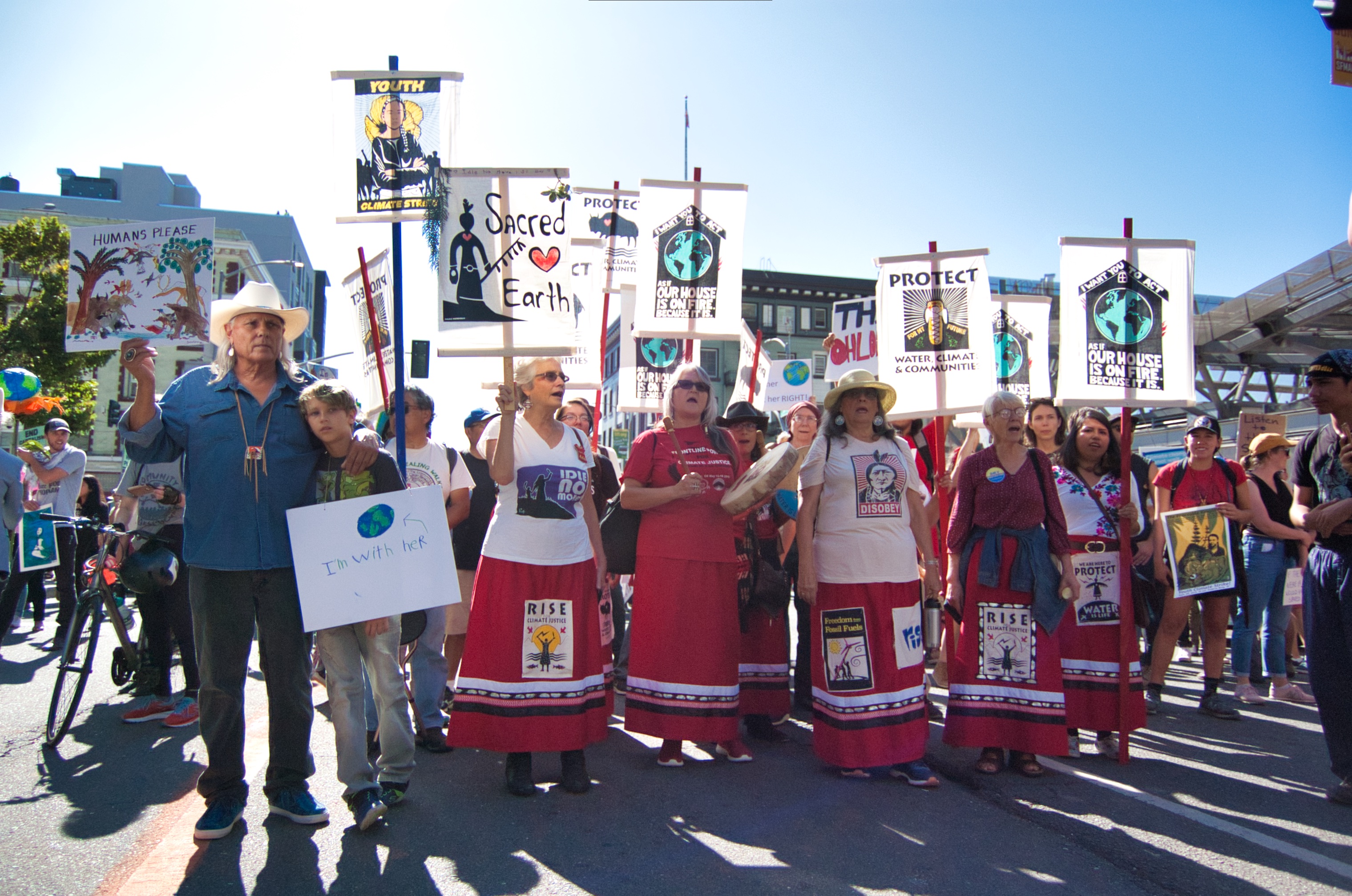 I was really moved
by the idea of walking into something that we believe. 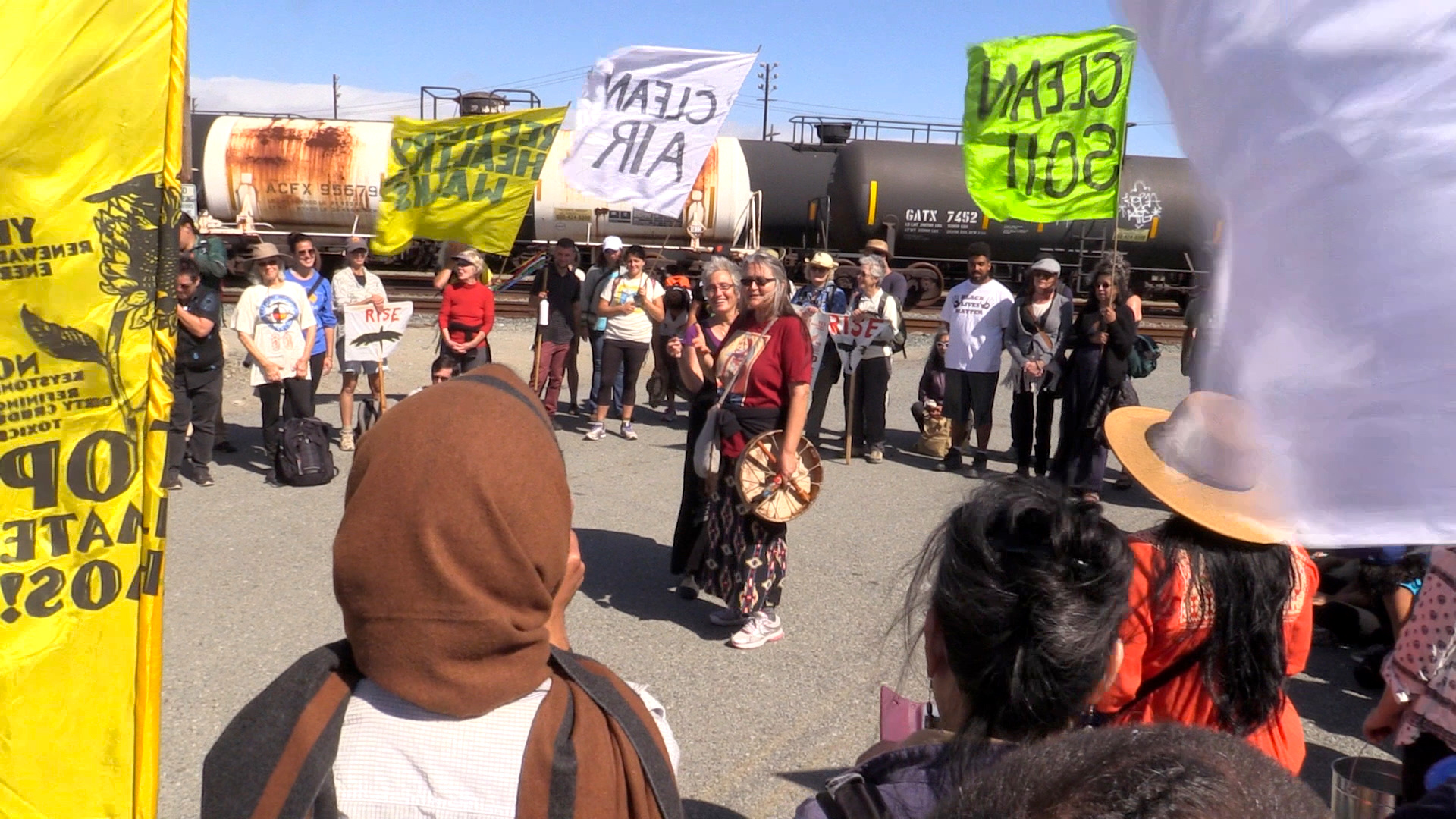 What we're doing
is just reasserting what's been tradition.

"Every Step A Prayer: The Refinery Corridor Healing Walks" about a group of Indigenous Grandmothers (and the young women they are mentoring) who respond to a toxic explosion at a local oil refinery and the escalating global climate crisis, by leading a series of Healing Walks through the "sacrifice zones" of the Refinery Corridor here in the San Francisco Bay Area.

This inspirational story is about communities coming together and rising up against the fossil fuel industry that is poisoning their land, water and air. It focuses on the leadership of strong, Indigenous women in a local action that is part of a global movement. Ultimately it is a film about possibility and hope for the future in the face of the ever-increasing and urgent climate chaos, from the growing devastation of the fires here in California, to the environmental catastrophes affecting people all over the world.

The film documents the all-volunteer group Idle No More SF Bay organizing and completing walks along the Refinery Corridor over four years in the San Francisco Bay Area. Led by Indigenous elders the walks, between 9 to 13 miles each through refinery communities, were inspiration for local actions addressing the disasters of fossil fuel extraction as well as those throughout the United States and in Canada.

Idle No More SF Bay founded in 2013 continues to be a major catalyst for various actions with Indigenous grandmothers in leadership roles. The group is committed to a just transition from fossil fuels and ensuring that countries move rapidly toward solutions for climate chaos. Additionally, Idle No More is committed to the transference of traditional Indigenous knowledge to the next generation.

Our hope in sharing this story is to inspire other communities into taking action, to honor the wisdom of Indigenous elders and show the strength of matriarchy, and illustrate the power of their spirit from their ancestors and positive vision for a better future.

"Living in Richmond and raising my children there, there was always a sense of being a small town faced with a huge corporation and refinery, and it's a very different feeling now to know all of the towns along the refinery corridor are deeply connected and working together."

Dr. Melinda Micco (Seminole/Creek/Choctaw) is an Associate Professor Emerita from Mills College. She produced the documentary Killing the 7th Generation: Reproductive Abuses Against Indigenous Women" and is working on book Seminole Voices in Indian Country."

Chihiro Wimbush is an Emmy-nominated filmmaker and creative media maker who is passionate about documenting and sharing stories that change how we view each other and the world we live in. Learn more at www.chihirowimbush.com.

"Never doubt that a small group of committed people can change the world. Indeed, it is the only thing that ever has."